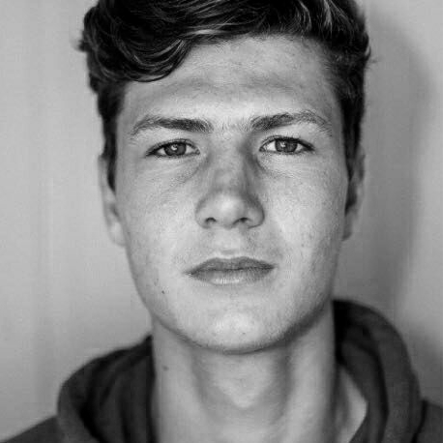 Julien was born in the northern city of Germany called Rostock in 1998. His family connected him to the worlds of The Smith, Jazz Butcher, Sade, Herbert Grönemeyer, Daido and many more artist as he was very young. His parents and his older sister showed him many different sorts of music, that influence his life until now. When he got to the elementary school, Julien started to play classical guitar and was fascinated of creating music live, the nature and different rhythms. Time after time he created his first little songs on the guitar and started to sing random words to his music. After he learned how to write notes, Julien began to write his songs down for the first time. Some years later he improved a lot and took part at different classical guitar competitions and events. But Julien wanted more. He wanted to play his own songs and not always improve his skills by practicing songs from other people. After a long phase of decisions he put the classical guitar away and learned how to play blues and jazz on an electric guitar. As his teacher took Julien to his own studio for the first time, he knew that he would do the same someday. He got in contact with music production applications and hardwares. Everything he did were his own thoughts and he improved everything by his own. After 2 years of producing he began to learn a lot about frequencies and sound-design. Julien improved his mastering and his level of producing and made his first good qualitative tracks. Like a journey to different genres Julien tried every sort of music, but he slowly began to find his own way. The professional DJ *Nico Pusch* was fascinated by his music and saw the potential of his production and his art to present music in a different way. Nico showed him how to mix in a clear way, which plugins work and how he can connect to other people. He earned a lot of experiences at his first live gigs together with Nico Pusch. Because of his growing career the Label *Lochmann Records* also noticed Julien as a very talented young artist. Today Julien found his own way of music, to set feelings to rhythms and melodies. He signed to Lochmann Records and finished his first EP *In Dreams*. Together with the Label Julien will work on his first album. *I will always create my own way of music where feelings, melodies and rhythms are connected to the nature and every humans soul.